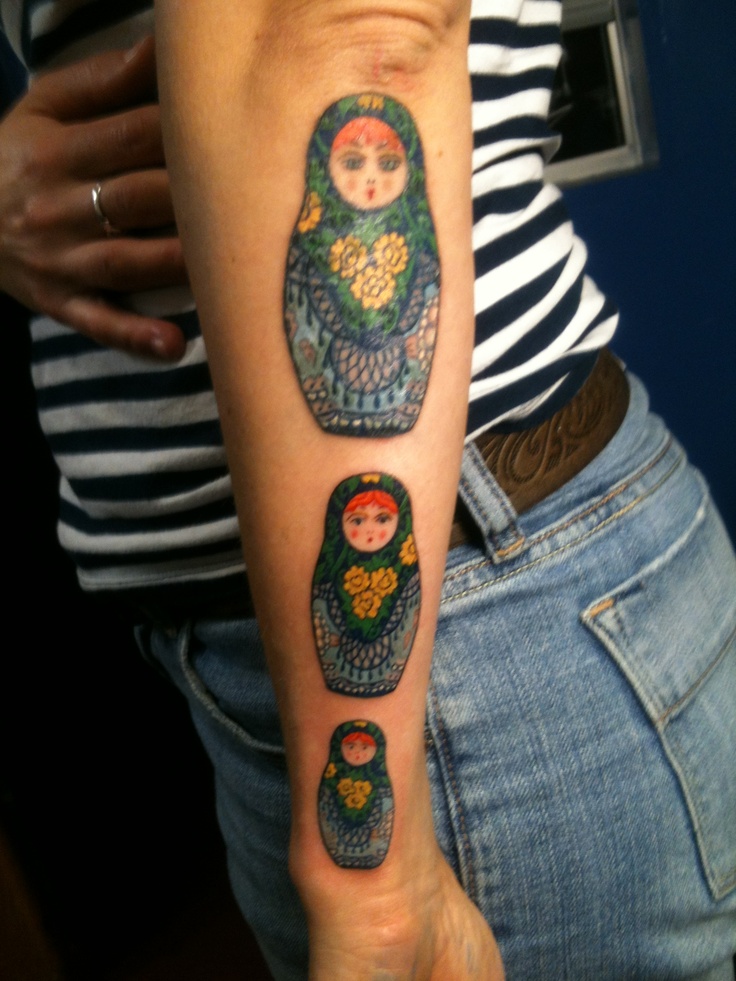 In a certain kingdom, not in our land, there lived a wealthy merchant; he had two children, a son and a daughter. The father and mother died. The brother said to the sister,

“Let us leave this town, little sister; I will rent a shop and trade, and find lodgings for you; we will live together.”

They went to another province. When they came there, the brother inscribed himself in the merchants’ guild, and rented a shop of woven cloths. The brother decided to marry and took a sorceress to wife. One day he went to trade in his shop and said to his sister:

“Keep order in the house sister.”

The wife felt offended because he said this to his sister. To revenge herself she broke all the furniture and when her husband came back she met him and said:

“See what a sister you have; she has broken all the furniture in the house.”

“Too bad, but we can get new things”, said the husband.

The next day when leaving for his shop he said farewell to his wife and his sister, and he said to his sister,

“Please little sister , see to it that everything in the house is kept as well as possible.”

The wife bided her time, went to the stables, and cut off the head of her husband’s favourite horse with a saber. She awaited him on the porch.

“See what a sister you have: she has cut off the head of your favourite horse.”

“Ah, let the dogs eat what is theirs,” answered the husband.

On the third day the husband went again to his shop, said farewell, and said to his sister:

“Please look after my wife, so that she does not hurt herself or the baby, if by chance she gives birth to one.”

When the wife gave birth to her child, she cut off his head. When her husband came home he found her sitting and lamenting over her baby.

“See what a sister you have! No sooner had I given birth to my baby than she cut off his head with a saber.”

The husband sis not say anything, he wept bitter tears and turned away. Night came. At the stroke of midnight he rose and said:

“little sister, make ready; we are going to mass.”

She said; “My beloved brother, I do not think it is a holiday today.”

“It is still too early to go brother,” she said.

“No” he answered, “young maidens always take a long time to get ready.”

The sister began to dress; she was very slow and reluctant. Her brother said,

“No, little sister, it is not early, it is high time to be gone.”

When the sister was ready they sat in a carriage and set out for mass. They drove for a long time or a short time. Finally they came to a wood. The sister said:

“What wood is this?” He answered;

“This is the hedge around the church.”

The carriage caught in a bush. The brother said;

“Get out, little sister, disentangle the carriage.”

“Ah, my beloved brother, I cannot do that, I will dirty my dress.”

“I shall buy you a new dress sister, a better one than this.”

She got down from the carriage, began to disentangle it, and her brother cut off her arms to the elbows, struck his horse with the whip and drove away. The little sister was left alone; she burst into tears and began to walk in the woods. She walked and walked, a long time or a short time; she was all scratched, but could not find a path leading out of the woods. Finally after several years, she found a path. She came to a market town and stood beneath the window of the wealthiest merchant to beg for alms. This merchant had a son, an only one, who was the apple of his father’s eye. He fell in love with the beggar woman and said;

“Dear father and mother, marry me.”

“To whom shall we marry you?”

“To this beggar woman.”

“Ah my dear child, do not the merchants of our town have lovely daughters?”

“Please marry me to her,” he said; “If you do not, I will do something to myself.”

They were distressed, because he was their only son, their life’s treasure. They gathered all the merchants and clerics and asked them to judge the matter: should they marry their son to a beggar woman or not? The priest said:

“Such must be his fate, and God gives your son sanction to marry this beggar woman.”

So the son lived with her for a year and then another year. At the end of that time he went to another province, where her brother had his shop. When taking his leave he said;

“Dear father and mother, do not abandon my wife: as soon as she gives birth to a child, write me that very hour.”

Two or three months after the son left, his wife gave birth to a child; his arms were golden up to the elbows, his sides were studded with stars, there was a bright moon on his forehead and a radiant sun on his heart. The grandparents were overjoyed and at once wrote their beloved son a letter. They dispatched an old man wit this note in all haste. Meanwhile the wicked sister-in-law had learned about all this and invited the messenger into her house:

“Come in little father, take a rest, have something to eat.”

She sat him down to dinner, took his bag, found the letter, read it, tore it into many pieces, and wrote another latter instead:

“Your wife,” it said, “has given birth to a half dog half bear that she conceived with beasts in the woods.”

The old messenger came to the merchant’s son and handed him the letter; he read it and burst into tears. He wrote in answer, asking that his son not be molested till he returned.

The sorceress again invited the old messenger into her house.

Again she charmed him with talk, stole the letter he carried, read it, tore it up, and instead ordered that her sister-in-law be driven out the moment the letter was received. The old messenger brought this letter; the father and mother read it and were grieved.

“Why does he cause us so much trouble?” they said, “we married him to the girl, and now he does not want his wife!”

They pitied not so much the wife as the babe. So they gave their blessing to her, tied the babe to her breast, and sent her away. She went, shedding bitter tears. She walked, for a long time or a short time, all in the open field, and there was no wood or village anywhere. She came to a dale and was very thirsty. She looked to the right and saw a well. She wanted to drink from it but was afraid to stoop, lest she drop her baby. Then she fancied that the water came closer. She stooped to drink and her baby fell into the well. She began to walk around the well, weeping, and wondering how to get her child out of the well. An old man came up to her and said:

“Why are you weeping?”

“How can I help weeping? I stooped over the well to drink water and my baby fell into it.”

“Bend down and take him out.”

“No, little father, I cannot; I have no hands, only stumps.”

She went to the well, stretched out her arms, and miracle, for suddenly she had her hands, all whole. She bent down, pulled her baby out, and began to give thanks, bowing on all four sides. She said her prayers, went on farther, and came to the house where her brother and husband were staying, and asked for shelter. Her husband said:

“We have no room for visitors, we are overcrowded.”

“Please, brother, let her come in; there is nothing I like better than to hear beggar women tell tales.”

They let her in. She sat by the stove with her baby. Her husband said;

“Now little dove, tell us a tale, any kind of story.”

“I do not know any tales or stories, but I can tell the truth. Listen, here is a true happening that I can recount to you.”

“In a certain kingdom, not in our land, lived a wealthy merchant; he had two children, a son and a daughter. The father and mother died. The brother said to the sister: “Let us leave this town, little sister” And they came to another province. The brother inscribed himself in the merchants’ guild and took a shop of woven cloth. He decided to marry and took a sorceress to wife.”

At this point the sister-in-law muttered,

“Why does she bore us with her stories, that hag?”

But the husband said;

“Go on, go on little mother, I love such stories more than anything!”

“And so”, the beggar woman went on,

“the brother went to trade in the shop and said to his sister; ‘Keep order in the house sister’. The wife felt offended because he had said this to his sister and out of spite broke all the furniture.” And then she went on to tell how her brother took her to mass and cut off her hands, how she gave birth to a baby, how her sister-in-law lured the old messenger – “,

and again the sister-in-law interrupted her crying:

“What gibberish she is telling!”

But the husband said,

“Brother, order your wife to keep quiet; it is a wonderful story is it not?”

She came to the point where her husband wrote to his parents ordering that the baby be left in peace until his return, and the sister-in-law mumbled:

“What is this old bitch gibbering about!”

And the husband said;

“Brother, order her to be quiet; why does she interrupt all the time?”

Finally she came to the point in the story when she was let in and began to tell the truth instead of a story. And then she pointed at them and said;

Then her husband jumped up to her and said,

“Now my dear, show me the baby. Let me see whether my father and mother wrote me the truth.”

They took the baby, removed its swaddling clothes, and the whole room was illuminated!

“So it is true that she did not tell us just a tale; here is my wife, and here is my son, golden up to the elbows, his sides studded with stars, a bright moon on his forehead and a radiant sun on his heart!”

The brother took the best mare from his stable, tied his wife to its tail, and let it run in the open field. The mare dragged her on the ground until she brought back only her braid; the rest was strewn on the field. Then they harnessed three horses and went home to the young husband’s father and mother: they began to live happily and to prosper. I was there and drank mead and wine; it ran down my mustache, but did not go into my mouth.